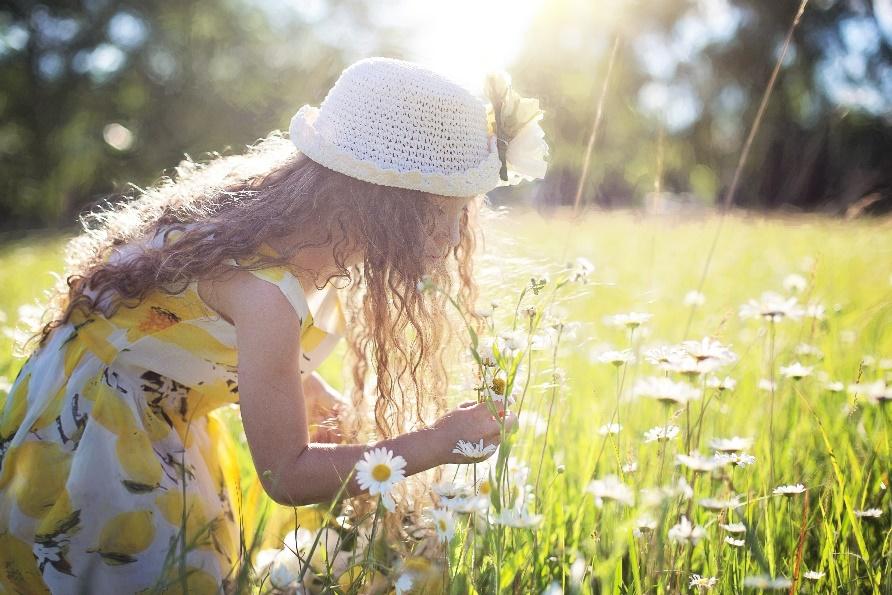 One afternoon, the sun was shining brightly, and the birds were chirping loudly. Tiffany and Teri sat in the park on the soft green grass with their mother. Tiffany was wearing a dress, and the sun felt wonderful on her legs. Terry was leaning against the foot of a bench in his shorts, absorbing the sunlight. The weather was wonderful. It was such a peaceful day.

They had come to the park to spend family time. As they were sitting in one corner of the park, the main road was in sight. While sitting on the grass, basking in the sunlight, Tiffany, Terry, and their mama saw an older man carrying a stick trying to cross the road.

As he limped across the road, a speeding car was approaching. Suddenly a kind gentleman immediately stepped in and hurried the old man along, out of the car’s way. The old man thanked the young gentleman for helping him.

“That was such a kind gesture,” remarked Tiffany.

“It really was,” said her mom. “Hey, why don’t I tell you some stories that contain life lessons today? It would be a great way to spend the afternoon, and you both would learn from the stories.”

“Sure, mom,” Tiffany and Terry replied. Their mom took out her smartphone and started reading to them.

The first part of the story was about an ant crossing the lake on a tree log. The ant lost its balance and fell in the lake. The lake was full of crocodiles. The ant was terrified. It cried out for help, but no one heard it. It tried to swim to the shore but could not do it.

The ant saw two lighted eyes of a crocodile drawing closer. The ant was so scared; it could not even summon the courage to yell. Suddenly, a dove sitting on a branch in a nearby tree saw what was happening.

The dove quickly lowered a leaf from the tree, and the leaf dipped in the lake. The ant climbed to the leaf and then easily climbed onto the branch. Soon the ant reached land and was saved. The lesson learned from this story was to be kind and always help those in need. Try to help those in need as much as possible.

“What do you think about this story Tiffany?” Asked her mother.

“I think this story is similar to the scenario we just saw,” replied Tiffany. “The kind gentleman aided the old man while he was crossing the street. Similarly, the dove helped the ant before the crocodile ate it and saved its life.”

“Now, let’s read the second part of the story,” said their mama.

The second part of the story was about a hunter. A hunter was roaming the forest in search of prey. As the hunter wandered, he noticed a beautiful white dove sitting on a tree branch. The dove was as white as snow and was in range of the hunter’s gun.

The hunter aimed his weapon at the Dover and was about to shoot when an ant bit the hunter. The ant bit him so hard, the hunter yelped aloud in pain. He lost his target, and the dove flew away.

“The lesson to learn over here is that you always attract the type of energy you give,” affirmed their mother. “If you do good to others, good things happen to you. This is called Karma”.

“Exactly,” said their mother. “If you do good to others, good will happen to you.”

“So, what about the young gentleman who just helped the older man cross the street, mama? Will something good happen to him too?”

“Most definitely,” replied their mother. “The young man was kind and did the old man a big favor by helping him cross the road. He will be rewarded with something good, maybe sooner or later, it depends. But he will be rewarded.”

Kids, always be good and help others. Help your friends with their homework. Share your lunch with someone if they are hungry. Always take the first step and help out if you see someone in need.

Tiffany and Terry had understood the lesson. They both decided to always be kind and help those in need. They both aimed to attract positive energy and lead a positive life.